In a statement signed by the Director of Communications at the presidency, Mr. Eugene Arhin said, “The President has asked the Minister for Finance, Mr. Ken Ofori-Atta, to act as caretaker Minister at the Ministry of Trade and Industry, until a substantive appointment is made”. 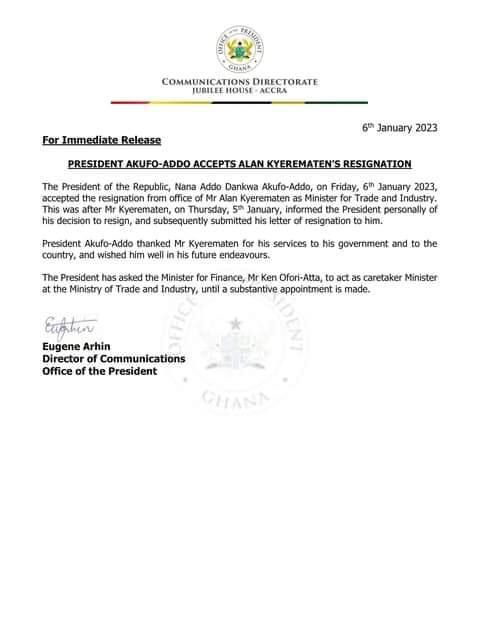