The Black Stars have qualified to the 2021 African Cup of Nations tournament after Wednesday’s 1-1 draw against the Bafana Bafana of South Africa.

The Black Stars have qualified to the 2021 African Cup of Nations tournament after Wednesday’s 1-1 draw against the Bafana Bafana of South Africa.

Mohammed Kudus shot Ghana into the lead three minutes into the second but Ghana’s lead was short-lived as Percy Tau leveled for the hosts just minutes after. 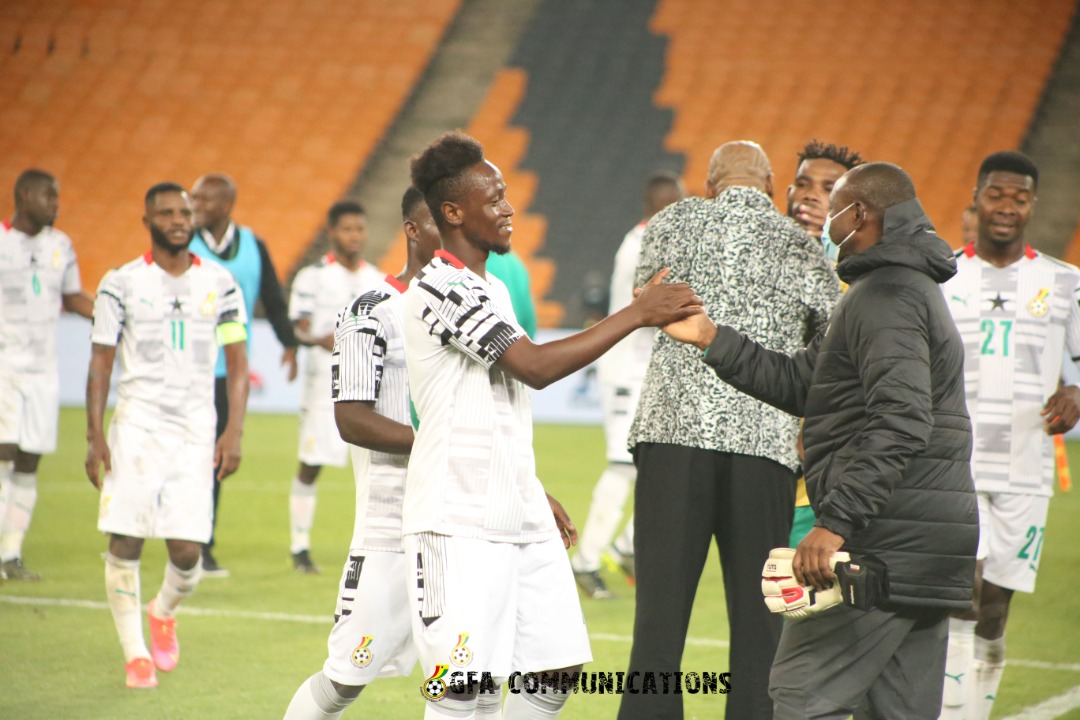 Coach CK Akonnor’s side however proved resilient throughout the game and earned a vital point that will see the Black Stars through to the AFCON which will be staged next in Cameroon next year.

Ghana is currently ahead of Group C with 10 points and will host Sao Tome at the Accra Sports Stadium on Sunday in the final round of matches. South Africa who are currently second in the Group with 10 points will travel away to Sudan (9 points) for their final game to determine who qualifies alongside the Black Stars to the topflight competition.

The Ghanaian delegation that travelled to South Africa are expected to return early on Friday as the Black Stars shift attention to Sunday’s game against Sao Tome.

Captain of the side Andre Ayew, Deputy captain Thomas Partey and Jordan Ayew are all expected to join the side for Sunday’s game.