Compaoré to be charged over Sankara murder

Blaise Compaoré, the former president of Burkina Faso, is to stand trial for the murder of Thomas Sankara, the man who he ousted in 1987, a military tribunal has announced.

Blaise Compaoré, the former president of Burkina Faso, is to stand trial for the murder of Thomas Sankara, the man who he ousted in 1987, a military tribunal has announced.

Mr Compaoré was forced into exile in 2014 after he attempted to change the law to extend his rule. A warrant for his arrest was issued in 2015.

A military tribunal on Tuesday indicted him for “attack on state security, complicity in murder and concealment of corpse”.

Thirteen other people were among those charged along with the former president.

The warrants “to bring defendants not yet detained” were issued early Tuesday, one of the accused’s lawyer told news agency AFP.

Sankara, often called the African Che Guevara, was a hugely popular leader and has become a cult figure.

The Legacy of Thomas Sankara

The late president of Burkina Faso, Thomas Sankara – an icon for many young Africans in the 1980s – remains to some a heroic “African Che Guevara”, 27 years after his assassination at the age of 37.

Be it through the red beret, worn by firebrand South African politician Julius Malema, or the household brooms being wielded at street demonstrations in Burkina Faso, there are signs that his legacy is enjoying a revival.

Praised by supporters for his integrity and selflessness, the military captain and anti-imperialist revolutionary led Burkina Faso for four years from 1983.

But he is seen by others as an autocrat who came to power through a coup and valued discipline above human rights.

Sankara was a staunch defender of all things home-grown – such as cotton – and yet the African textile industry failed to make him a T-shirt icon.

While Burkina Faso’s former leader may not be the poster boy of revolution, like Argentine-born Che Guevara, many taxis across West Africa have a round sticker of him in his beret on their windscreens.

But in neighbouring Ghana – whose former President Jerry Rawlings was a firm friend of Sankara – post-graduate law student David Guat, 50, sounds a note of caution when he talks to younger students.

“Sankara copied a lot of Rawlings’ ideas. The two men were firm friends – to the extent that they wanted to merge their two countries. 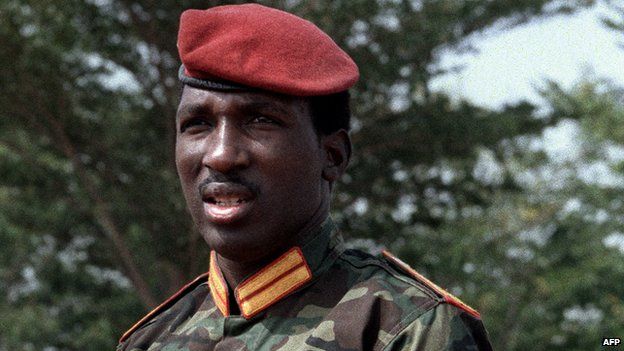 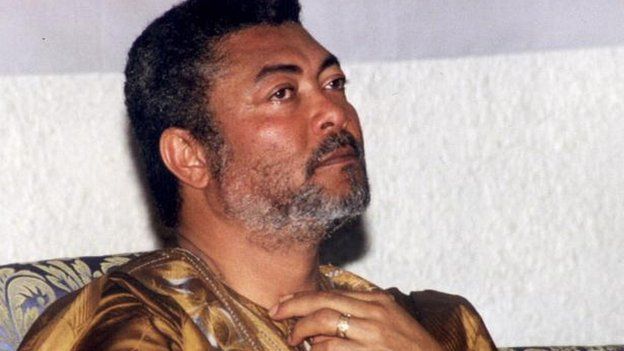