Hearts of Oak were crowned 2020/21 Ghana Premier League champions on Saturday at the Sogakope Park.

Hearts of Oak were crowned 2020/21 Ghana Premier League champions on Saturday at the Sogakope Park.

It was the 21st league title for the Phobians and a first title in 12 years for the club. 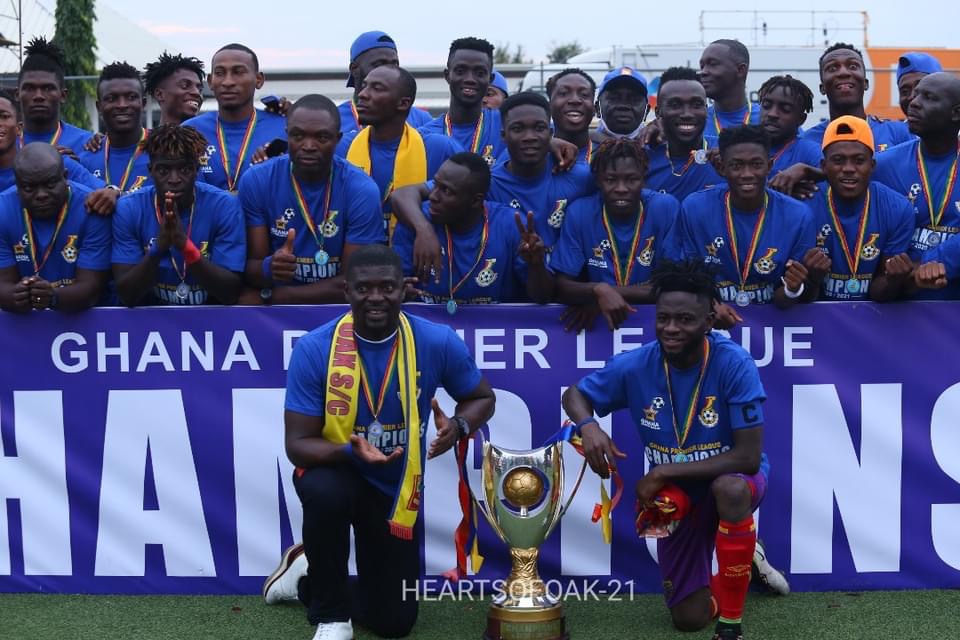 The Phobians had their unbeaten run halted by WAFA in their final game of the season as they lost to the academy lads by a lone goal.

Hearts of Oak had gone 11 games unbeaten in the run up to winning the league title.

After their big win against arch-rivals Asante Kotoko they managed to pick two points out of possible nine. Drawing against Ebusua Dwarfs and Liberty Professionals. 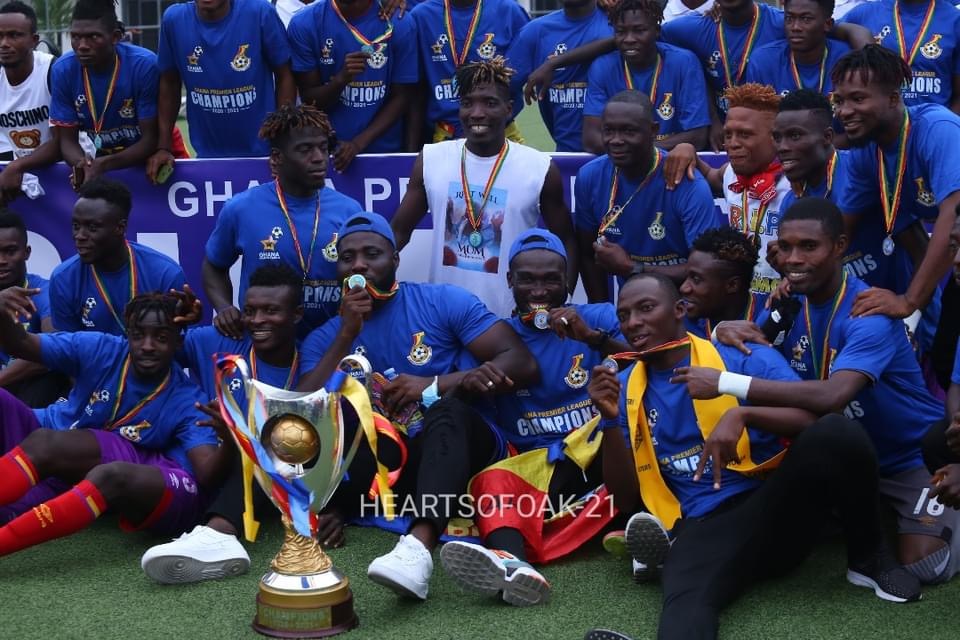 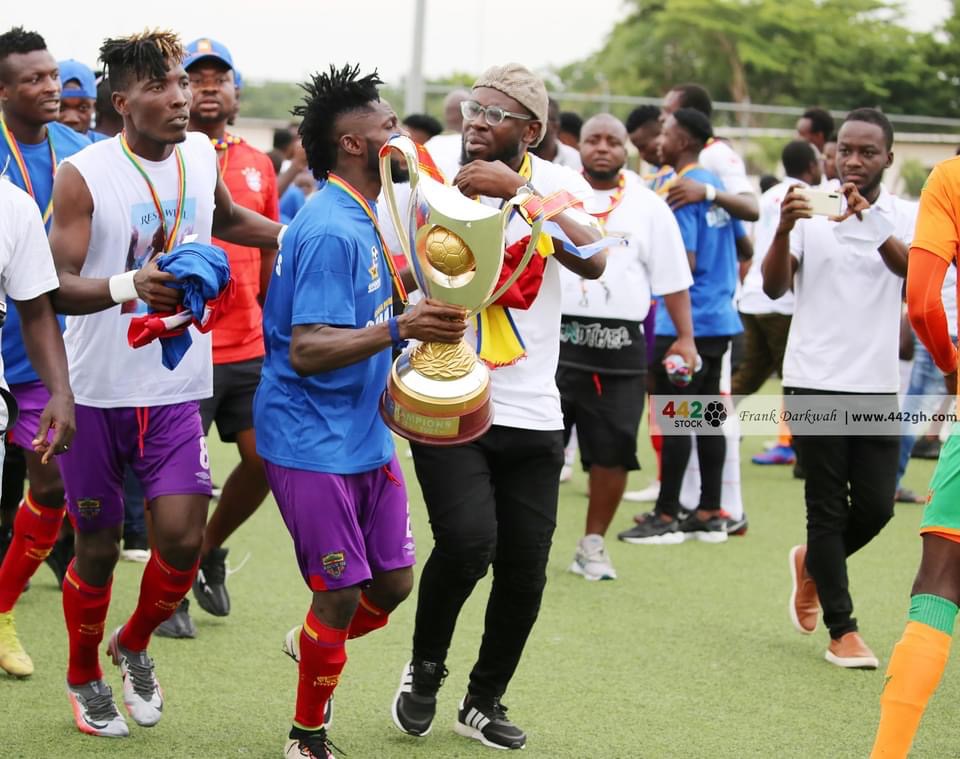 Hearts of Oak as winners of the league were presented with 40 gold medals and Ghc 250,000 as cash prize.

The team will also represent Ghana in next season’s CAF Champions League.

Following the glitz and glamour that preceded the game as the Phobians were given a triumphant entry to Sogakope, it was befitting that they sold a good match at the Red Bull Arena.

In a cagey first half battle, that failed to produce a goal, it was Justus Torsutsey’s long range effort that hit the crossbar which was the highlight of the half.

But the Phobians dominated possession although they could not create any clear cut chance.

The deadlock was broken after the break when midfielder Youssifou Atte curled in a beautiful freekick.

The goal sparked life into the game with WAFA enjoying most of the match, and Derrick Mensah coming close twice before one of his strike hit the post.

The victory now consolidates WAFA’s position in the top four with Hearts suffering their first defeat in 13 games.