Sakora-Wonoo, a farming community near Bonwire in the Kwabre East District in the Ashanti Region, was rendered too small to receive the great number of mourners who thronged the town to mourn the passing of a former General Secretary of the ruling New Patriotic Party (NPP), Mr Kwadwo Owusu Afriyie.

Sakora-Wonoo, a farming community near Bonwire in the Kwabre East District in the Ashanti Region, was rendered too small to receive the great number of mourners who thronged the town to mourn the passing of a former General Secretary of the ruling New Patriotic Party (NPP), Mr Kwadwo Owusu Afriyie.

As early as 7 a.m. Thursday, vehicles, many of them cross-country, began arriving with people from all walks of life, particularly NPP members and the political class, to file past the remains of the former Chief Executive Officer (CEO) of the Forestry Commission.

Popularly known as Sir John, his laying in state and burial later in the day also attracted a large number of members of the Seventh-Day Adventist (SDA) faith, lawyers, forestry sector value chain actors, ordinary people who had gone there to either mourn or catch a glimpse of the body, as well as media practitioners who had set up for a comprehensive coverage of the funeral.

Schools were closed in anticipation of the large crowds that could disrupt classes.

By 11 a.m., vehicles still entering the town had to park far away and walk almost a kilometre to the funeral ground, as the place where the pre-burial service was held had no further space to accommodate them.

Chaperons of the funeral, especially those charged with maintaining the COVID-19 protocols, had a hectic time compelling mourners to comply with them.

Mourners were allowed onto the barricaded Wonoo Basic School Park for the funeral only if they were in face masks and after completing a temperature screening, hand-washing or hand-sanitising.

For the many others who could not be admitted in, there was very little social distancing, and as most of them moved around in the hot sun, they took off their masks.

Among the tall list of dignitaries at the funeral were President Nana Addo Dankwa Akufo-Addo and his wife, Rebecca; the Vice-President, Dr Mahamudu Bawumia, and his wife Samira; the Chief Justice, Justice Kwasi Anim Yeboah, the Chief of Staff, Mrs Akosua Frema Osei Opare; the Minister of Trade and Industry, Mr Alan Kyerematen, and the Minister of Communications, Mrs Ursula Owusu-Ekuful.

Almost the entire gathering welcomed the President and the Vice-President with enthusiastic cheering similar to that heard at political rallies.

Also present were the Majority Leader of Parliament, Mr Osei Kyei-Mensah-Bonsu; ministers of state, the CEOs of some public institutions, government agencies and state-owned enterprises, including that of the Ghana National Petroleum Corporation (GNPC), Dr K. K. Sarpong, who was a classmate of the late Owusu Afriyie at the Bekwai SDA Secondary School.

The General Secretary of the largest opposition party, the National Democratic Congress (NDC), Mr Johnson Asiedu Nketia, popularly known as General Mosquito, received cheers from the mourners when he led party faithful to file past the body of Sir John, with whom he used to lock horns in heated public debates when they were the general secretaries of their respective parties.

Also catching the attention of mourners during the filing past was Auntie Hadiza, popularly known as Zongo Pioneer, who touts herself as the one-woman supporter of the NPP.

She was seen leading a large retinue of head porters, known in Kumasi as ‘Paa-oo-paa’, with pans on their heads as they circled the open casket of the deceased lawyer and politician.

There was heavy security presence in the town and the funeral grounds to ensure law and order.

The security personnel also contributed to ensure that the mourners complied with the COVID-19 protocols.

Personnel of the Ghana National Fire Service and the National Ambulance Service were also stationed on the premises in anticipation of any eventuality.

Although residents of the town had, barely two months ago, expressed disgust about the poor road network in the community, for which they had even threatened to boycott the funeral and even prevent public officers from attending the funeral, tempers had gone down with time.

According to some residents who spoke with the Daily Graphic, they believed the government would listen to their pleas for the road to be fixed and were disappointed that not much changed ahead of the funeral.

The Assembly Member for the area, Mr Kwasi Manu, said the earlier plan for residents to boycott the funeral was cancelled “because Sir John is a hero and needs to be given a solemn last respect”.

He appealed to President Akufo-Addo to honour his late friend with some infrastructural development in the town, such as fixing the deplorable Sakora-Wonoo road.

President Akufo-Addo, who was the last to pay his respects before the casket was closed for a 30-minute burial service, eulogised the former General Secretary of the NPP as a stalwart who believed in people and urged them to strive to achieve their potential.

When he took the rostrum, the President recalled how the late Sir John had prophesied that he, Nana Akufo-Addo, would become the President of the country, even if he sat in a wheelchair.

“For me, that statement reinforced my belief that I could always count on Sir John, as he was affectionately known, as the ‘only Knight’ in Ghanaian politics, as a true Akufo-Addo loyalist and someone I could call a good friend,” the President said.

He described the late Owusu Afriyie as energetic, ebullient, jovial, with an exceptional sense of humour and possessing a limitless store of folktale and proverbs, saying: “He is truly unforgettable.”

President Akufo-Addo said the NPP and the government owed Sir John an immense debt for his work and commitment.

He expressed his deepest condolences and those of his wife, Mrs Rebecca Akufo-Addo, to Sir John’s family, saying he would widely be missed.

Sir John’s remains were finally interred in a large gated tomb built in the form of a one-bedroom house along the main road leading to Sakora-Wonoo.

The Asantehene, Otumfuo Osei Tutu II, and the Asantehemaa, Nana Yaa Konadu Yiadom III, bid Sir John farewell with gold dust, which would be buried with him in honour of his immense contribution to the development of Asanteman.

Born on March 23, 1952, Owusu Afriyie lost both parents at a tender age and, therefore, had to be raised by his maternal uncle, Opanyin Yaw Amoateng, and his wife, Abena Saah.

He was an ardent member of the SDA Church and music enthusiast, with affinity for SDA chorals.

Sir John, himself a leader of a quartet musical group in his heyday at Sakora-Wonoo, composed songs for the group which he also led to perform.

Owusu Afriyie had his basic education at Sakora-Wonoo after which he attended the Seventh Day Adventist Secondary School in Bekwai from where he obtained his GCE Ordinary level certificate.

He then proceeded to obtain his GCE Advanced level certificate from Konongo Odumase Secondary School in Konongo, and upon completion, proceeded to the University of Ghana to study political science.

After earning his bachelor’s degree, he enrolled at the Ghana School of Law in 1979 and was called to the bar in 1981 and was admitted as a solicitor and counsel for the Supreme Court of Ghana.

Having practised Law in Ghana for some years, he moved to the United Kingdom to settle there in the late 1980s,

During the John Agyekum Kufour administration, he was appointed head of legal services at the Ghana National Petroleum Corporation.

He eventually won the party’s national elections to serve as the general secretary from 2010 to 2014, but lost his bid to secure a second term to Kwabena Agyepong.

It was after that famous disappointing loss, that in a radio interview, he expressed his shock and summed it up with a quote that became as famous as his personality ‘Fear delegates.’ 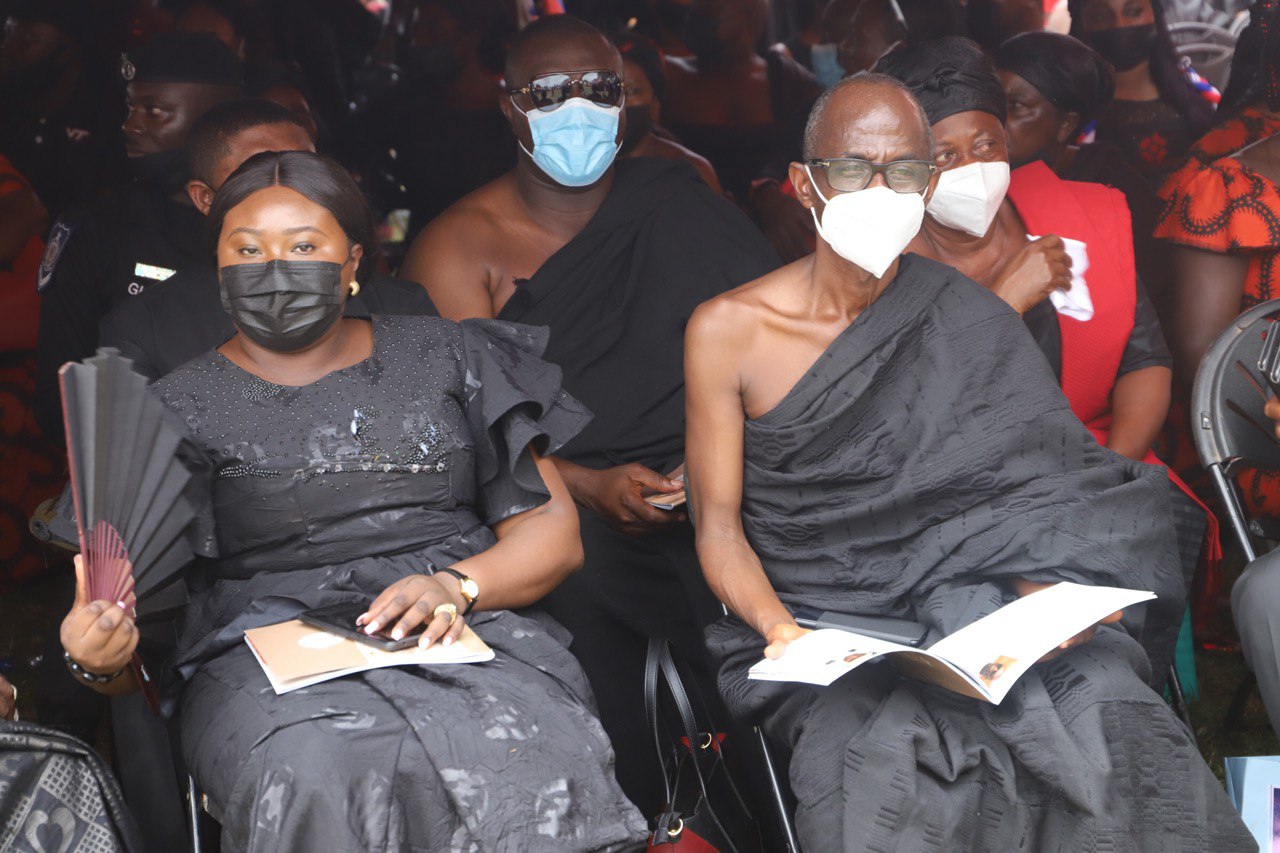 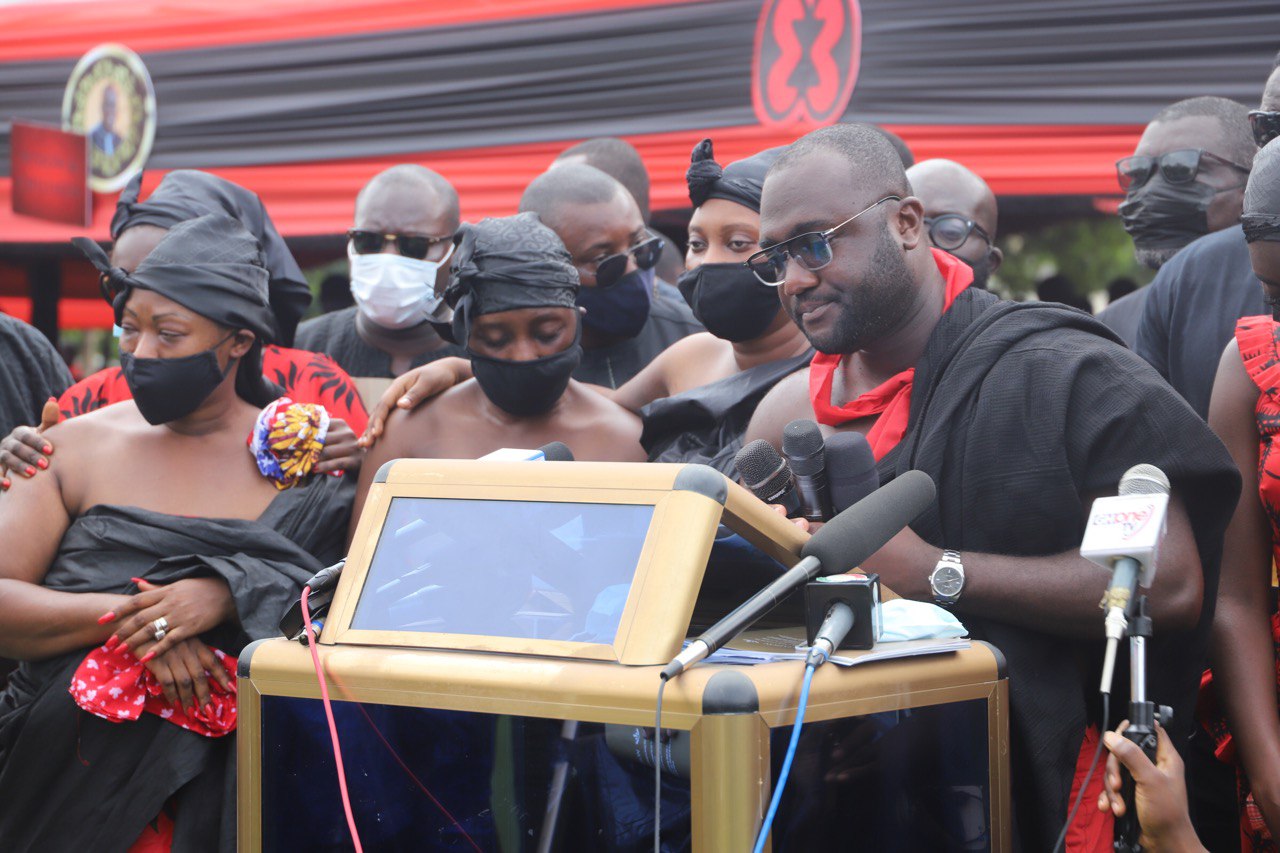 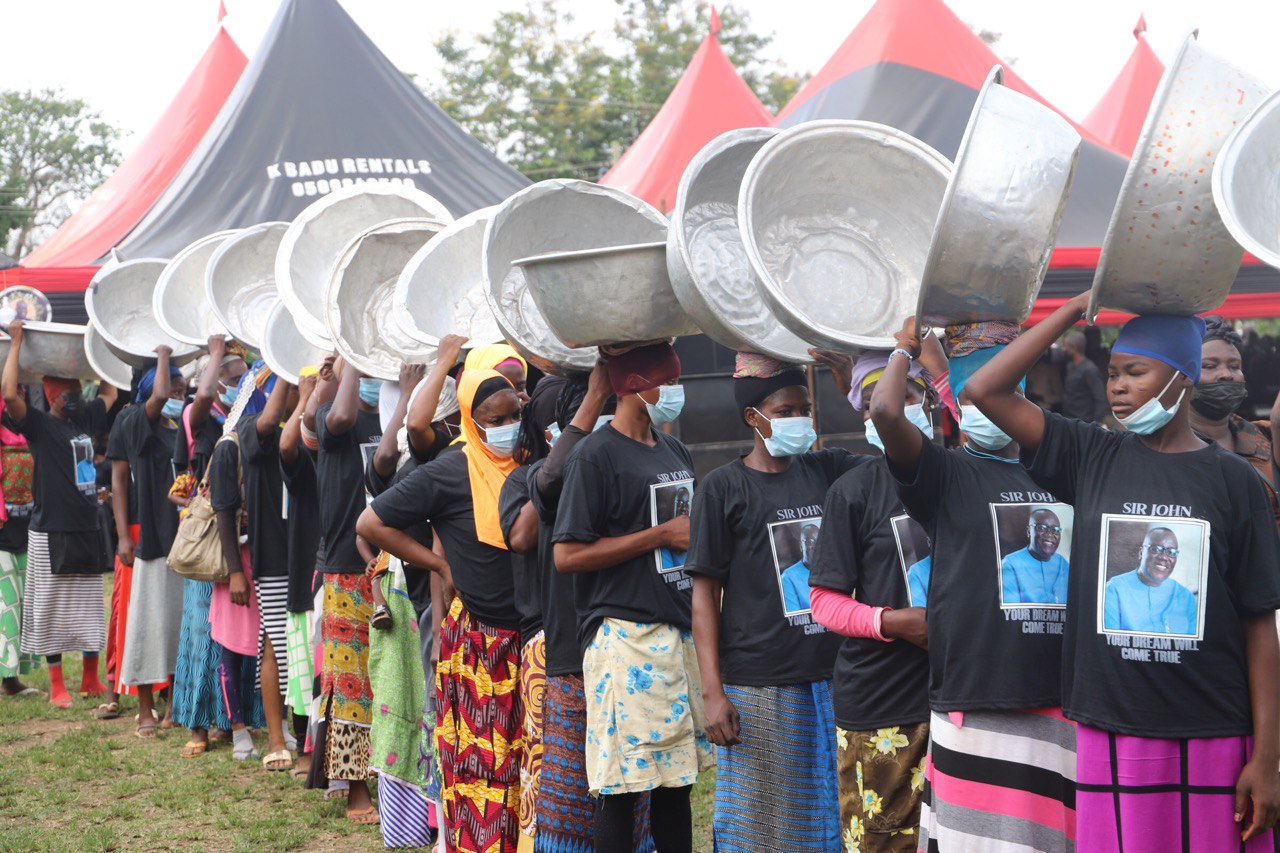 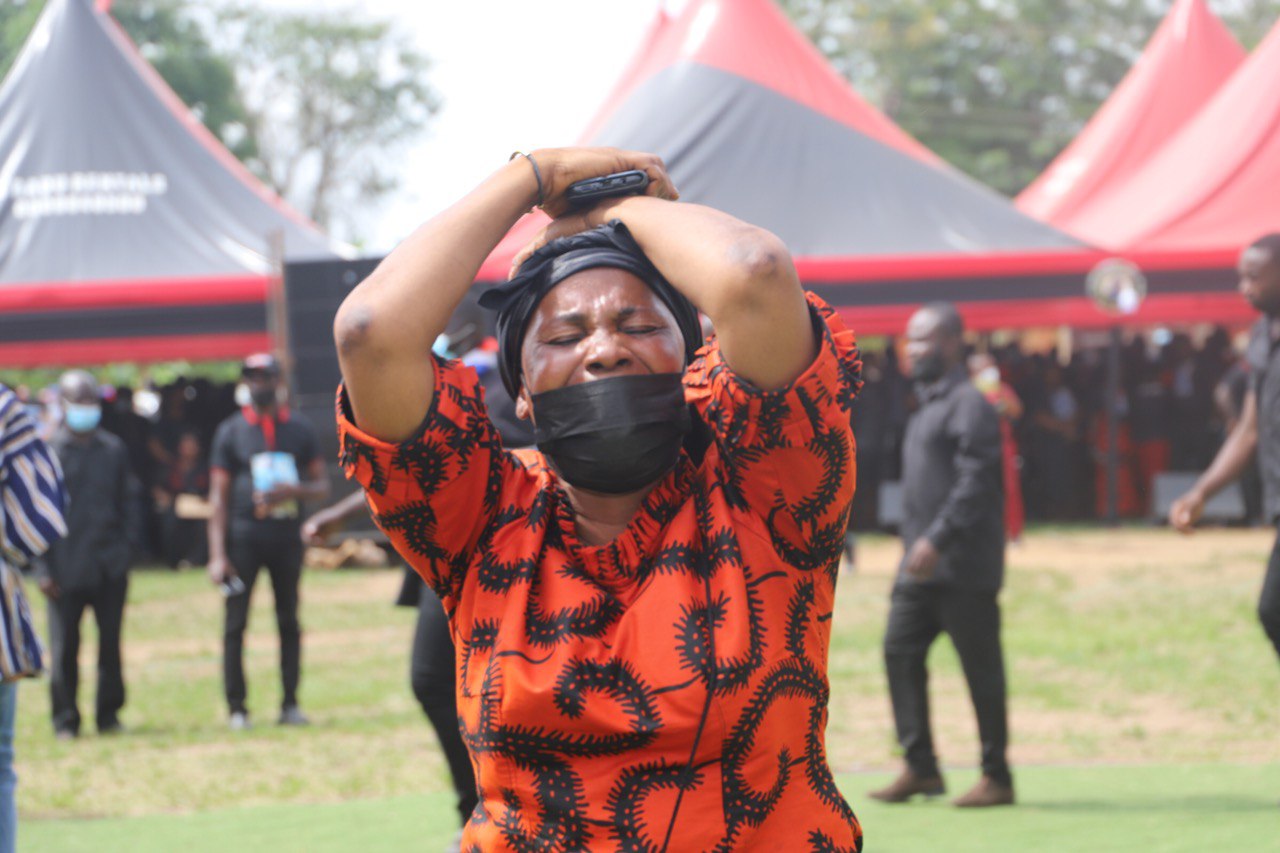 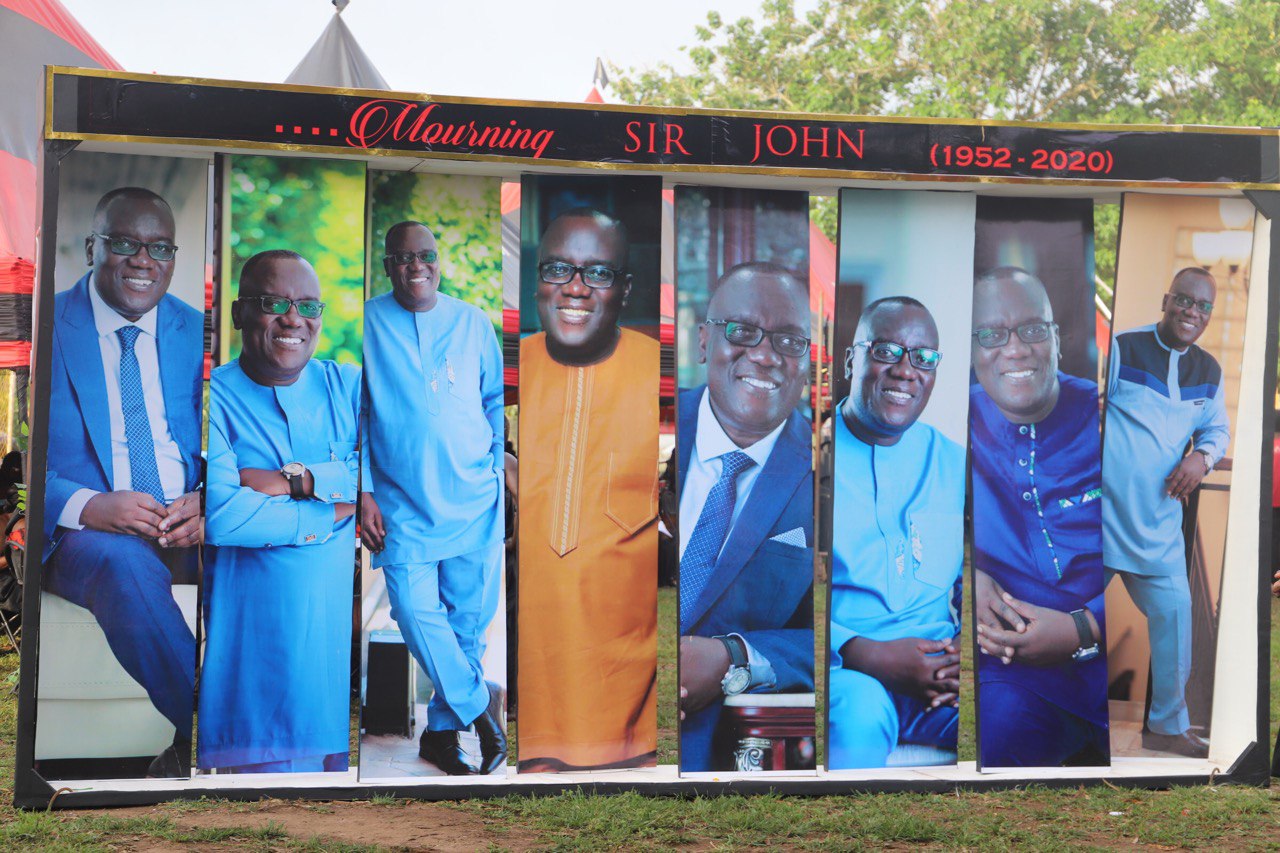 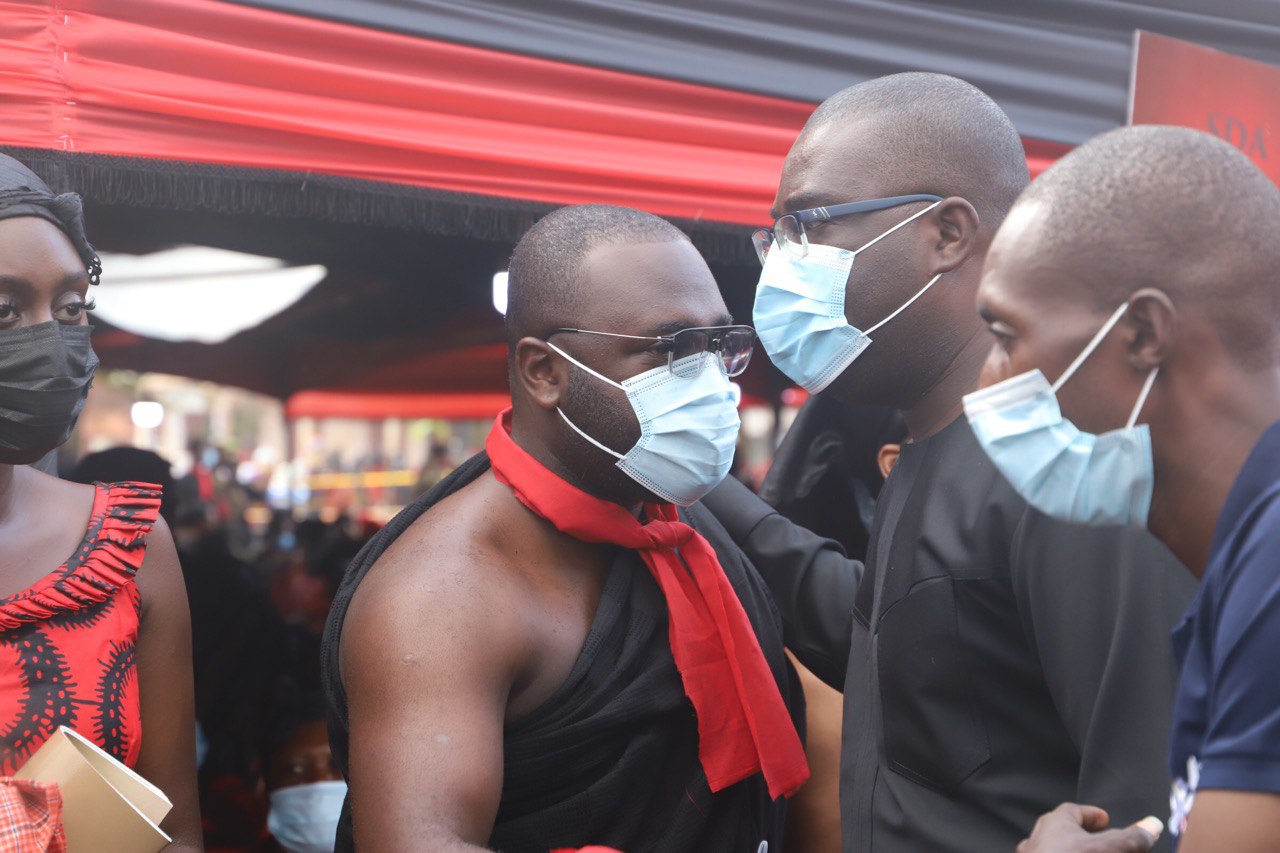 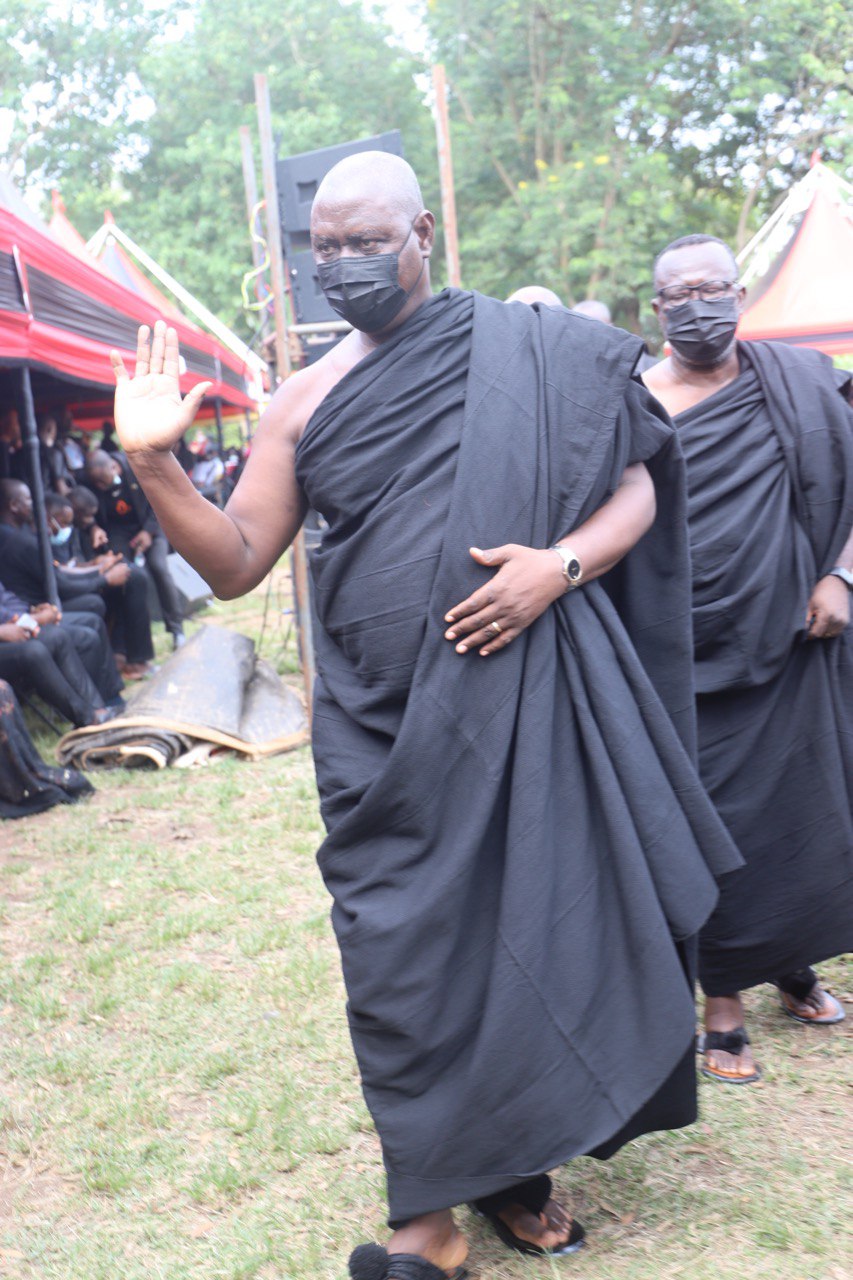