The Bank of Ghana (BoG) has urged the public to remain calm as it implements measures to arrest the pace at which the cedi loses its value against major foreign currencies.

The Bank of Ghana (BoG) has urged the public to remain calm as it implements measures to arrest the pace at which the cedi loses its value against major foreign currencies.

As part of the measures, the central bank said it was increasing foreign currency (FX) supplies to banks in the short term to help meet growing FX demands for external payments.

It said in a note to Graphic Online Friday, August 12, that the increased supply of forex was necessitated by growing demand for hard currencies by non-resident investors leaving the jurisdiction.

The note and the assurance from BoG follows public outcry over the steep fall in the value of the cedi recently.

The cedi depreciation deteriorated sharply this year as demand for forex overtook supplies at a time when high debts and low investor confidence have made it impossible for the country to access the international capital market for borrowing.

The cedi lost more than 20 per cent of its value as of July.

It now trades above GH¢9.4 to one US dollar.

Last week, the Ghana Union of Traders Association (GUTA) called for pragmatic measures to arrest the fall, noting that businesses were bleeding from the depreciation.

The Association of Ghana Industries (AGI) have also raised similar concerns, citing the impact on the cost of operations.

In response, BoG said various factors, including the rebound in the strength of the US dollar, were causing the cedi to depreciate faster.

“The US dollar has become stronger, making other currencies including, the cedi weaker.

“From the beginning of the year to date, the pound sterling has weakened against the US dollar by 10.8 per cent while the euro has also weakened by 10.1 per cent.
“Countries similar to Ghana are all experiencing sharp depreciation, averaging 11.5 per cent from year-to-date,” BoG said.

It listed the other factors to include investor reaction to the economy’s downgrade, non-rollover of maturing bonds by non-resident investors, high crude oil prices and loss of access to the external market for borrowing. 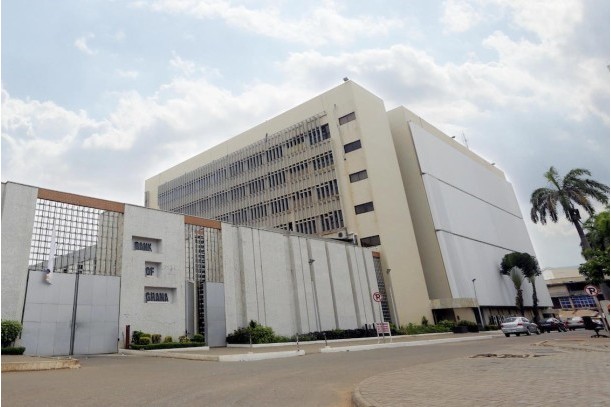 Below is the full comment from the Bank of Ghana

• The strength of the US dollar: The US dollar has become stronger and making other currencies including the Ghana cedi weaker. From the beginning of the year to date, the pound sterling has weakened against the US dollar by 10.8 per cent while the Euro has also weakened by 10.1 per cent. Countries similar to Ghana (Ghana’s peers) are all experiencing sharp depreciation, averaging 11.5 per cent from year to date.

• Investor reaction to Credit Rating Downgrade: The downgrade of Ghana’s sovereign credit rating since January 2022 has led to investor reaction and has led to non-resident investors prematurely leaving our bond market. When they decide to leave, the Central Bank has to provide dollars for them to exit the bond market and this exerts enormous pressure on reserves., causing the cedi to depreciate.

• Non-Roll over of Maturing Bonds: As part of unfavourable investor reaction when bonds held by non-residents mature they are not rolled over. These bonds are held in local currencies and a decision by the non-residents not to roll over results in the Central Bank providing dollars to help externalize these funds, a situation which puts pressure on the currency. Historically, non-resident rollover of maturing bonds, held by non-residents have been more than 80 per cent. The figure this year is much lower and has also added another layer of demand pressure from non-residents and hence causing the cedi to depreciate.

• The sharp rise in crude oil prices and impact on the Oil Bill: The international price of crude oil has risen significantly in the year. What this means is that our crude oil and petroleum product bill has gone up significantly. The import bill for oil and oil products has led to a reduction in trade surplus. The Central Bank is having to provide more dollars for our oil import bill and this has had an adverse impact on the Central Banks reserves and hence on the ability of the Central bank to deal with these shocks.

• Loss of External Financing: With the rating agency downgrading, Ghana could not tap the Eurobond market. Over the past three years, Ghana has consistently raised US3 billion from the Eurobond market to help finance the budget. Loss of market access this year implies no new fresh injection of capital and this has created a huge FX supply problem and constrained the ability of the Central Bank to provide greater support for the currency. Intervention data shows that BOG’s presence in the market this year so far has been lower compared to 2021.

What the Bank of Ghana is doing to address the situation

• Bank of Ghana is entering into a cooperation agreement with the mining companies to  provide BOG with the opportunity to buy gold as when it becomes available.

• The Bank of Ghana is supporting the banking sector with foreign currency liquidity to help meet the demand for external payments.

• The recently approved USD750,000,000 Afriexim loan facility by Parliament, once disbursed, will boost the foreign exchange position of the country and help restore confidence.

• The Cocoa Loan is expected in the last quarter of the year. This facility will also help provide more foreign currency to help address the cedi depreciation.

• In the short term, we expect that when the IMF programme is finalized, it will also go a long way to help restore confidence in the economy and drive portfolio flows.  These measures will go a long way to increase the foreign exchange reserve position of the Central Bank.
Bank of Ghana August 11 2022