The Black Stars secured three points in the opening fixture of the FIFA World Cup Qatar 2022 qualifiers after beating Ethiopia 1-0 at the Cape Coast stadium on Friday night.

The Black Stars secured three points in the opening fixture of the FIFA World Cup Qatar 2022 qualifiers after beating Ethiopia 1-0 at the Cape Coast stadium on Friday night.

China based Mubarak Wakaso’s first half strike gave Ghana all the spoils in the Group G encounter. 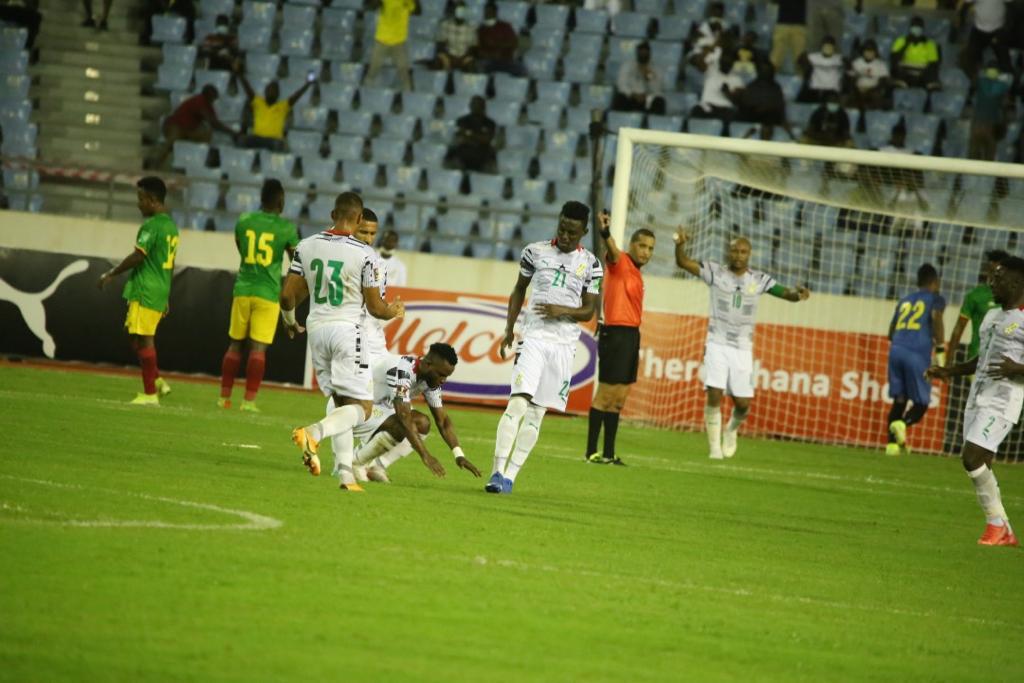 Germany-born Daniel-Kofi Kyereh was given a 28th minute debut following an injury to Jeffrey Schlupp due to an ankle injury.

Wakaso got the breakthrough for Ghana ten minutes from the break as his powerful shot from outside the box beat Ethiopia goalkeeper Teklemarian Shanko.

Shanko failed to save the strike as the ball passed through his legs to give Ghana a first half lead.

The goal was the highlight of the first half as the two teams headed back into the locker room with Ghana having a slim lead.

Back from recess, Ethiopia took control of the game but failed to create any scoring opportunity.

Second half substitute Yaw Yeboah pulled a great save from substitute goalkeeper Fasil Gebremichael in the 73rd minute following a long drive by Yaw Yeboah and a follow-up by skipper Andre Ayew.

The exchanges from both ends failed to yield results as the game came to an end with Ghana picking the three points.

Ghana’s next action is in Johannesburg against South Africa on Monday at the FNB Stadium while Ethiopia hosts Zimbabwe in the other group encounter.