The Member of Parliament for Ketu South Constituency, Madam Dzifa Gomashie has called on President Nana Addo Dankwa Akufo-Addo as a matter of urgency open the country's land borders to save people from hunger and starvation.

The Member of Parliament for Ketu South Constituency, Madam Dzifa Gomashie has called on President Nana Addo Dankwa Akufo-Addo as a matter of urgency open the country’s land borders to save people from hunger and starvation.

She said the country’s biggest border at Aflao, which connects neighboring country Togo is a business centre where many border settlers derive their sales and daily income.

According to her, the closure of the border for more than a year now has brought untold hardships in the constituency.

The lawmaker indicated that the lack of human activities at the border coupled with the inability to cross over to Togo to buy goods to sell has compelled many businesses to shut down, denying many their only surviving means.

“My people have been suffering and complaining a lot about this, and joining them demonstrate over the issue is not about politics, but the right of my people,” she said.

She encouraged her constituents to keep faith as they await President Akufo-Addo to heed to their call for the borders to be opened.

Madam Gomashie said this on Friday August 27, 2021 at Aflao during a demonstration to demand the reopening of the land borders especially the Ghana-Togo at Aflao border.

Mr Solomon Kumordzi, a convenor and one of the organizers of the protest said, they have been facing a lot of problems from immigrations, police and the militaries along the Aflao borders.

He said the closure of the borders has led to unbearable hardships and several crimes since the youth have no work to do to survive.

Some demonstrators said they cannot fathom why the airports where most of Ghana’s coronavirus cases have been recorded were reopened whilst that of the land borders are still closed.

Mr Vincent Yao Adzogah, a resident at the border who read the petition appealed to President Akufo-Addo to open borders since covid-19 has come to stay.

Whilst most are appealing for the reopening of the land borders, others are also thought it is too early since Volta region has been identified as one of the hot spots of the deadly virus. 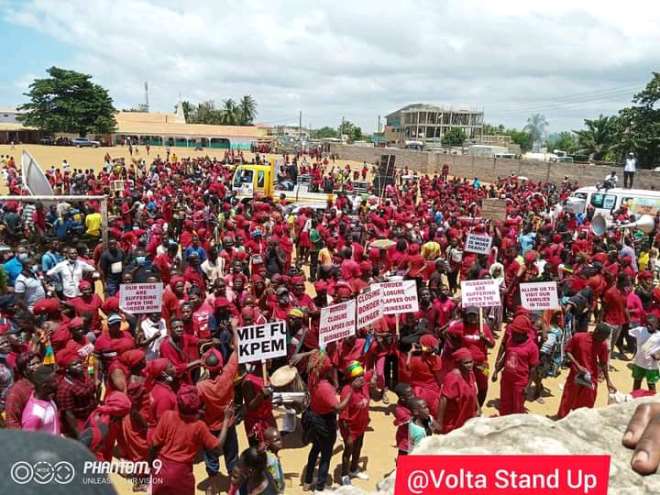 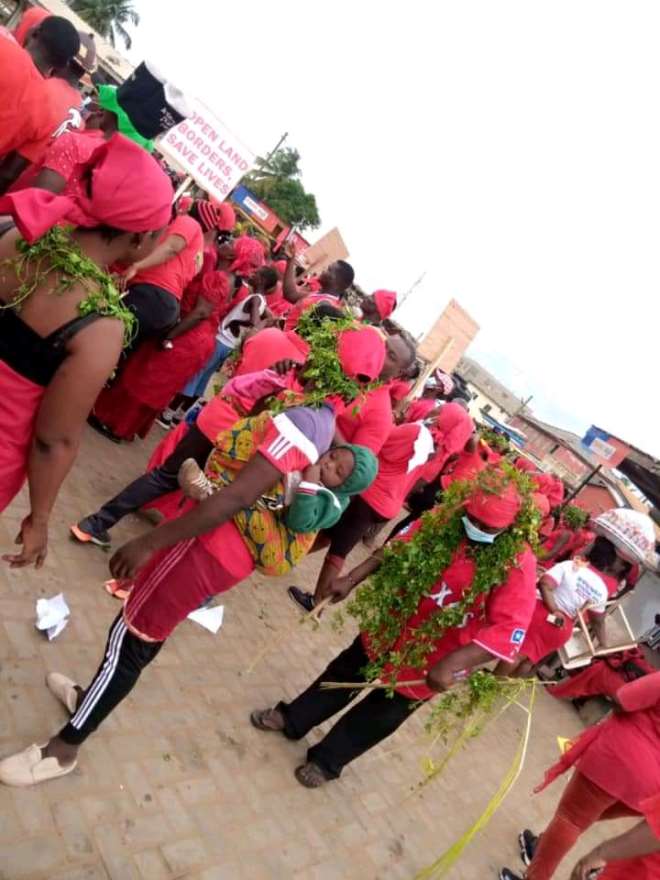 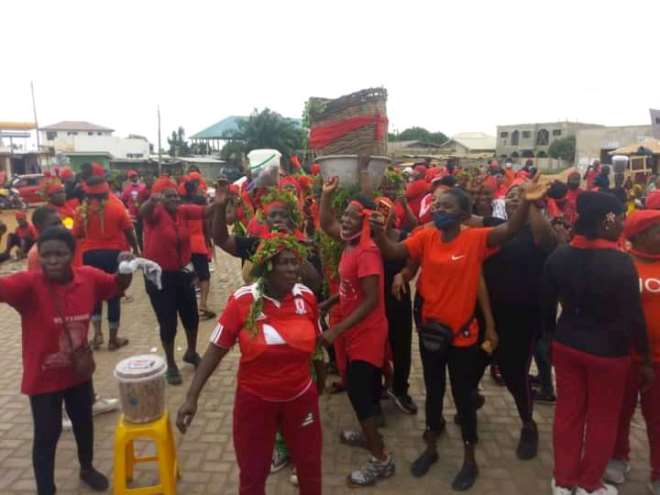 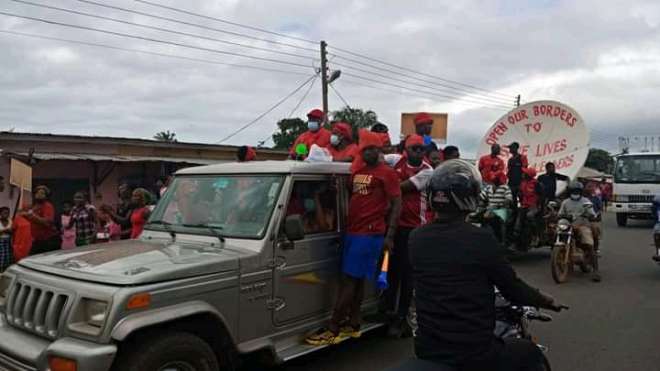 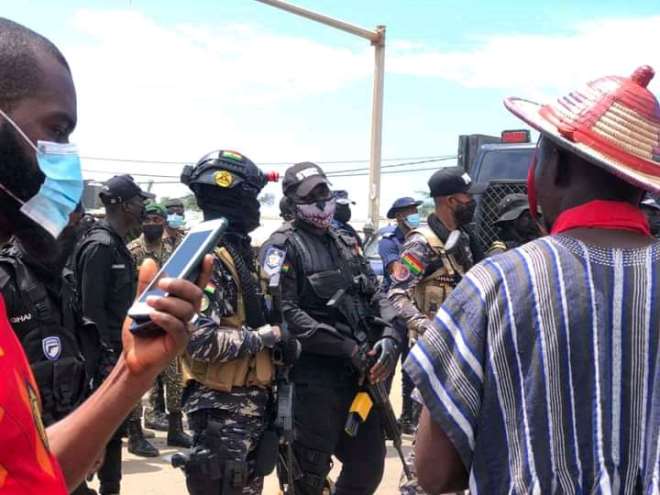 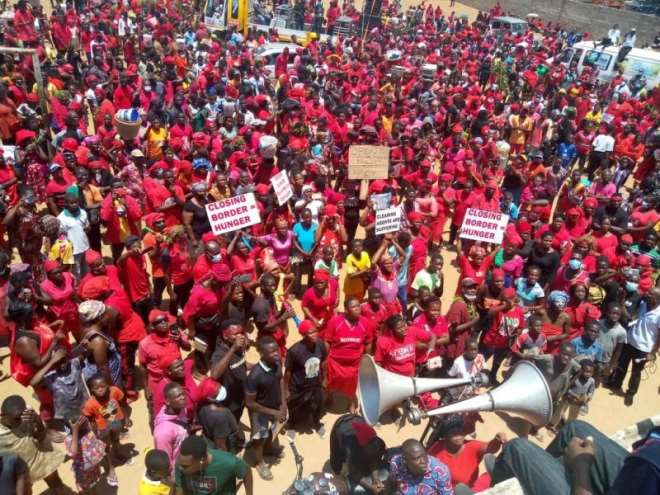 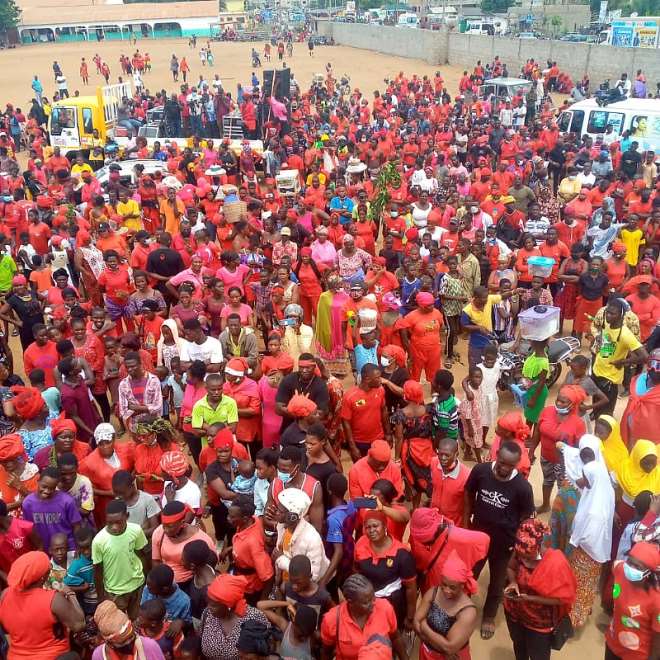 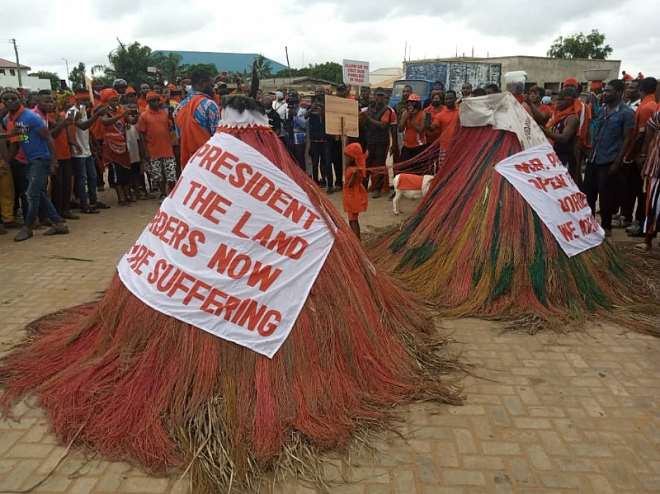