Members of Organised Labour in the country are set to be cushioned by the government in the midst of the high cost of living in the country.

Members of Organised Labour in the country are set to be cushioned by the government in the midst of the high cost of living in the country.

Several unions and associations belonging to Organised Labour in the past weeks have been demanding a 20% Cost of Living Allowance (COLA).

Following the failure of the government to yield to the demands, some unions declared an industrial strike last week with others threatening to withdraw their service at the end of the month if nothing is agreed upon.

At an Emergency Meeting called by the Wages and Salaries Commission at the Ministry of Health Conference Room in Accra today, there have been successful talks between a team of government officials and representatives of the leadership of Organised Labour.

The terms of the agreement reached today is that the Cost of Living Allowance will be paid at a rate of 15% of base pay.

The date for the payment of the 15% COLA 1st July, 2022 to cushion workers in the midst of the growing hardships in the country.

As a result of the agreement today, teaching and learning are expected to immediately resume in pre-tertiary public schools across the country as striking teachers have called off their industrial action. 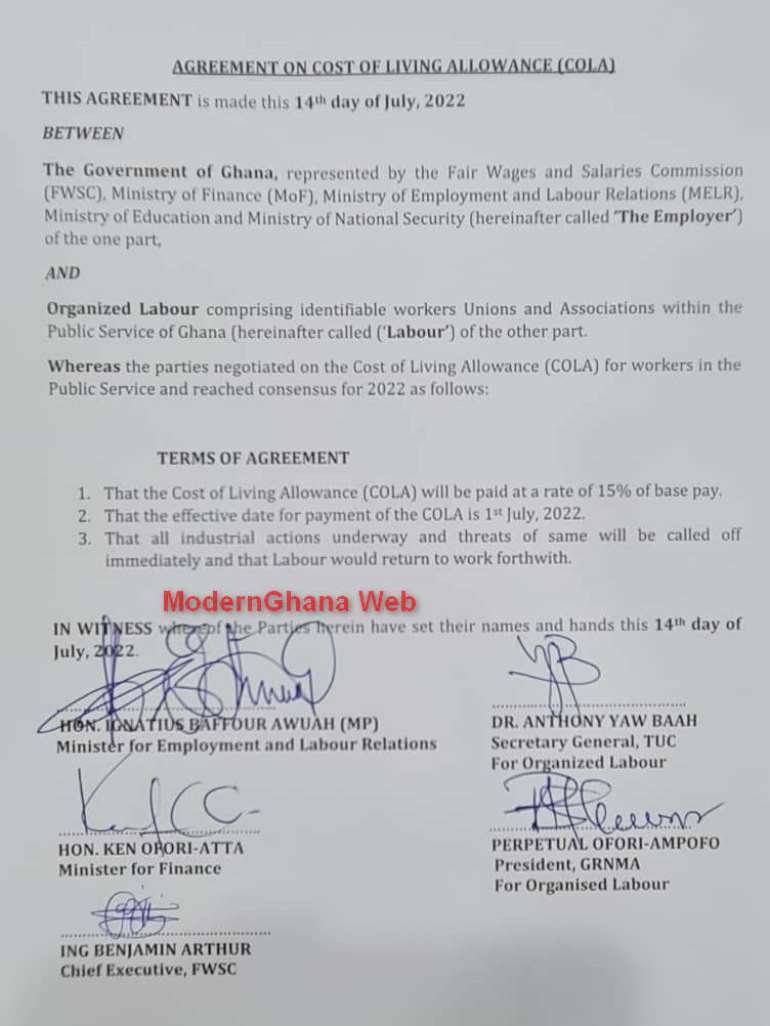