Veteran filmmaker, Socrate Safo has announced his retirement from filmmaking.

Veteran filmmaker, Socrate Safo has announced his retirement from filmmaking.

He disclosed this on his Facebook platform where he posted an artwork of a new movie he produced as his last movie.

Known for his sensual movies produced like Hot Fork, Sexy Angel, Love and Sex and Sons of Satan, Socrate Safo disclosed ‘TUN-TUM’ is his final movie to draw the curtains down on his film career after a lifetime in show business.

Safo’s over three decades in the film industry has been phenomenal after nurturing many talents, directing and producing several movies for the industry.

Socrates Safo is currently the Committee Chairman of the Classification Committee under the National Film Authority. He is also a founding member and former PRO of the Film Producers Association of Ghana.

He was a resource person for Berlin Cultural Department, Long Island University, Columbia University and Michigan University where his expertise
was employed for video making.

“Over Thirty years of romance with Scripts, Cameras, Screens… I finally “bow out” with #TUNTUM the Story that ignited my quest to make Movies as my last Kiss and a Gift to Africa. It’s a WRAP! Thank you all. #Tuntum” Socrate Safo posted on Facebook

Some entertainment enthusiasts believe this retirement declaration by the veteran filmmaker could be a publicity stunt to hype his new movie ‘Tun-Tum’. 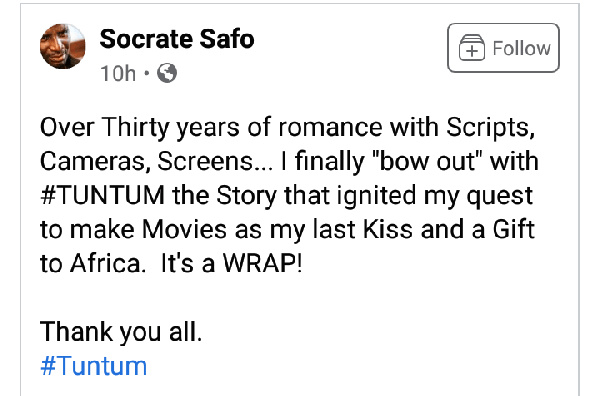 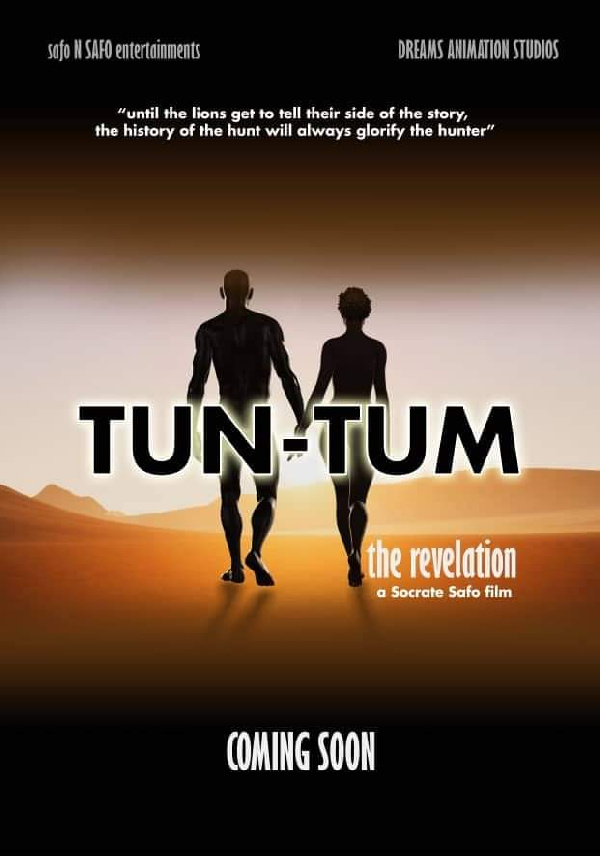