The deceased who is said to be in his late twenties is believed to have attacked a young man around 9.05 pm at the Kongo Catholic Church area.

The deceased carried a cutlass, while his colleague, who is on the run, threatened to cut him with scissors and a knife.

They took his belongings and went into a teak forest to escape. But luck eluded him after the victim raised an alarm. Many youths came out and gave them a hot chase.

The deceased was overpowered while his colleague whose name the deceased gave as Yenimi escaped.

He was reportedly tied with a rope against a metal barricade on the Bolga-Bawku road and hit with stones, sticks and metals until he eventually gave up the ghost. 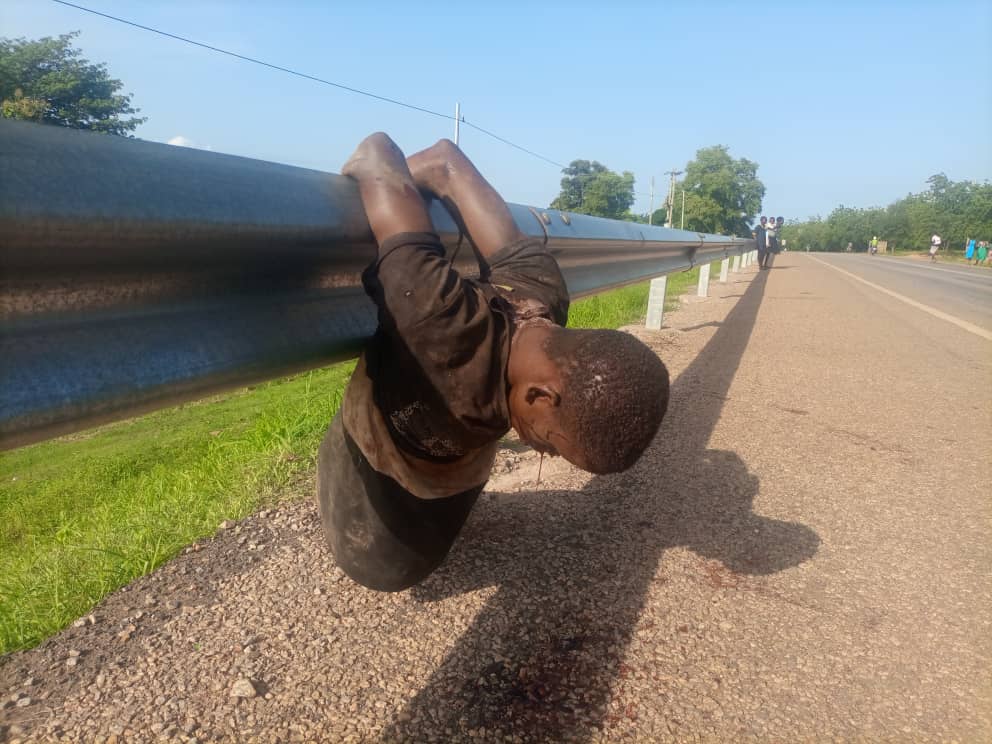 “We have encountered many of these robbery cases in this community. Today, they’re unlucky. He has given us the identity of his colleague and we will look for him” An eye witness told GBC News.

The case was later reported to the Nangodi Police, who deposited the body in a morgue. However, no arrest has been made yet.

His identity is unknown.